Are you looking for a weekend trip where you can chill and learn art and history? Well, check out these new and re-opened places in Manila that will surely unleash your love for Filipino arts, culture, and history, especially while we are celebrating “Buwan ng mga Wikang Pambansa” this August.

Our first stop was the Cultural Center of the Philippines (CCP) building, which has been a landmark in Manila since the ’60s. This big rectangular box building fronting Roxas Boulevard, with flyovers similar to NAIA Airport Terminal One, is an example of Brutalist architecture. It was said to be inspired by the nipa hut. A masterpiece of the late National Artist for Architecture Leandro Locsin, he was also the same architect of the NAIA Airport Terminal One.

CCP is more than just a building as it houses a grand and mini theaters, and galleries for exhibiting works of top and upcoming visual artists. I had the opportunity to watch an independent film here recently for the first time. The film is part of the Cinemalaya Philippine Independent Film Festival.

As a first-timer in this building, I was amazed with its architectural beauty, grand lobby, chandeliers, stairs, novelty shops, and galleries. It was a fulfillment of my childhood memories back in the ’90s when I kept staring and wondering what was inside this building while riding the bus going to Luneta Park. The Cinemalaya Film Festival reopened this year since it was forced to scale back due to the global pandemic. If you love watching and supporting Filipino independent films, check out the films of Cinemalaya, which are screening until Oct. 31.

Our next stop was the newly restored Metropolitan Theater (or The Met). It is a very historical piece of building as it resembled an old historic theater in Europe. It was built in 1931 during the American colonial period and survived the Battle of Manila during World War 2. It only re-opened to the public just this year and I also had the opportunity to watch here an independent and tourism-related film for free.

The theater’s façade, lobby, ceiling, and statues are all picture worthy as the structure itself is dubbed as one of Asia’s most beautiful Art Deco heritage buildings. For decades, the theater had shown comedies, zarzuelas, epics, and bodabils, as well as traditional folk dances; it also showed international films like Mickey Mouse, when it was first shown here in the Philippines.

The Met was once the go-to place for entertainment of the Philippine high society back when Manila was still considered the “Paris of Asia.” Today, we have to give credit to the National Commission of Culture and the Arts (NCCA) for giving The Met a new life after decades of neglect.

After watching artistic Filipino independent films, we went to the oldest historic city in Metro Manila. Built during the Spanish colonial period, the walls of Intramuros is a must-visit for those who want to walk the history of this nation. There are a lot of things to do, places to see, and info to learn inside Intramuros.

Within this walled city, which was ravaged during World War 2, stands several heritage structures such as buildings turned into museums and cafes, fortresses, dungeons, and old churches that both locals and foreigners must visit when in Manila. During your walk inside Intramuros, take time to visit new shops which are not typical businesses but also advocates of Philippine history.

I also had the opportunity to meet one of the owners of this creative history-themed apparel and bookstore, Rel Advincula, who happened to also be an advocate of Philippine history. Rel and his sister founded Pilibustero at the height of the pandemic to give livelihood to their Filipino sewers and craftmakers after their previous business was impacted by the lockdowns.

Pilibustero’s business slogan is “Kasaysayan sa Kasuotan” (History as Clothing), which best describes their shop as it sells high-quality yet affordable historically themed hats, bags, face masks, and books. Its flagship product are the historical T-shirts depicting the faces of our revolutionary heroes and various significant events that shaped the Philippines.

After shopping at Pilibustero, we headed to Café Intramuros, the newest café to hang out with your friends inside Intramuros. This is where you can chat about the cool information you learned from your historical walking adventure while sipping coffee, eating pastries, and enjoying a balmy afternoon. The café is just across the historic San Agustin Church. Calesas pass by, traversing the cobblestoned-road of General Luna Street. While having your coffee, you’ll feel like you are in a quaint Spanish town.

Let’s celebrate our history and language with enthusiasm in the same way we say “Proud to be Pinoy!” whenever our beauty queens and athletes win in the international arena. I believe that the best language of love for our history, arts, culture, and heritage is to protect, care, and learn by visiting and experiencing these historical places all year round. Of course, we have to also support the small businesses in these areas the best way we can, so that they don’t only help in preserving history but also by providing jobs to more Filipinos.

The article was originally published in Manila Bulletin and written by R-Wayne F. Lipardo. 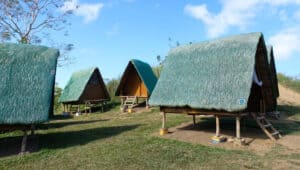 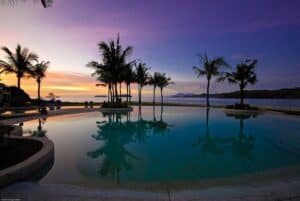 Cities of the Future: Smart Cities