The second time we joined another free tour of Renacimiento Manila we went around Chinatown for the Binondo Heritage Tour. Leading the tour this time is Stephen John Pamorada, a cultural entrepreneur and Heritage Collective owner.

We, my son Jandy and I, were in the distinguished company as joining us were Renacimiento Manila President Diego Torres, Wander Manila Head Tour Guide Benjamin Canapi, and architect Ysa Penas and Mikaela Burbano, both founders of Girls Build World.

It was raining when we arrived at our meeting place in Escolta—The Art Deco-style First United Building (built in 1928), a perfect example of “adaptive reuse,” an environmentally sustainable way to conserve old heritage structures by finding new life and new uses so they remain relevant to the present time. The building is a centerpiece of the Escolta Street Revival movement. On May 16, 2015, a modest museum was opened here to reflect the colorful history of Escolta and, since 2016, the space once occupied by Berg’s was converted into a bazaar and exhibition space for young creative artists called Hub: Make Lab.

After the rain had subsided, we made our way to Binondo, dropping by and exploring the newly reopened Escolta Museum at the mezzanine of the Calvo Building, a Beaux Arts-inspired building built in 1938. The place to be if you are a history buff and a fan of Old Manila, this quaint museum and another example of adaptive reuse, established in 1994, showcases the bygone era of the most elegant district of old Manila through its permanent exhibit entitled “Bote’t, Diyaryo, Extraordinaryo.”

Adaptive reuse is also a hot topic in today’s Binondo as well as in our tour.  Prior to World War II, the tight sweep of the southern stretch of Juan Luna Street was Chinatown’s Wall Street, the address of the once-mighty headquarters of Manila’s foremost financial institutions as well as multinational companies. The 1960s saw the decline of commercial activities along this street as financial trade shifted from Binondo to Makati. This led to buildings falling into disuse and even demolition. In 2014, the so-called September Massacre saw private developers cannibalizing and demolishing three major landmarks—Michel Apartments, Army & Navy Club, and Admiral Hotel. It now seems the city has turned a blind eye to its architectural past.

Typical of this neglect is the 4-story El Hogar Filipino Building, one of two remaining American-era structures in the area facing the Pasig River and one of the first buildings in Manila built entirely out of concrete.  Built sometime between 1911 and 1914 in the Beaux-Arts style, it survived World War II and a number of earthquakes but is now in danger of demolition.  A representation of American period design, materials and construction methods, the building is a representation of the architecture of business establishments of that era. Now in a sad state of decay, the building’s status is still uncertain.

Across the street is the 6-story Pacific Commercial Company Building, an adaptive reuse success story that turned sour. Built in the 1920s, the building underwent renovation in 2012 and was meant to be named the Juan Luna e-Services Building.  The facade of the building was preserved. However, of May 28, 2018, a fire broke out affecting the third floor and portions of the fourth floor and compromising the structure.

However, during our tour, we saw three of the successes of the campaign to save Manila’s architectural gems. Behind the Pacific Commercial Company Building is the former, now century-old (built in 1922) Hong Kong & Shanghai Banking Corporation (HSBC) Building. The 5-story, concrete-encased steel structure has a unique double finial architectural feature that highlights its corner main entrance. The structure was adaptively reused, through retrofitting and restoration, partly as a restaurant (now the modern artistic bistro—Grand Café 1919) on the ground floor. The rest of the floors were leased as office spaces.

The magnificent, 7-story, Neo-Classical-style China Banking Corporation (China Bank) Building, built from 1923 to 1924, was restored from 2018 to 2022. The original grills and arches, previously walled in for the last 70 years, were meticulously restored, giving the refreshed building an elegant and nostalgic vibe. The former SJ Wilson Building, another Art Deco-style building built in 1937, was also fully restored and is now the Co Ban Kiat Building. The adaptive reusing of these buildings is a positive development in the city of Manila and an inspiring example of heritage conservation, adding a new luster to the bygone character of Binondo’s Juan Luna Street.

Another architectural gem of note is the 6-story, Art-Nouveau-style Mariano Uy-Chaco Building. Built in 1914, it is considered the country’s first skyscraper. Our tour ended at Plaza San Lorenzo Ruiz (formerly Plaza Cervantes), the former heart of Manila’s Central Business District. It has a fountain on each end and a brass statue of San Lorenzo Ruiz done by the late sculptor Eduardo Castrillo. Fronting the plaza is the Minor Basilica and National Shrine of San Lorenzo Ruiz which was rebuilt after World War II. Only the western façade and the 5-story octagonal bell tower are original structures.

The article was originally published in Business Mirror and written by Benjamin Layug. 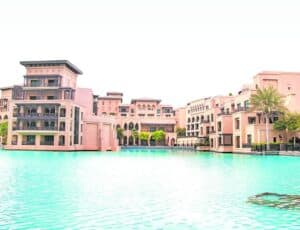 Why resort-inspired living is a must 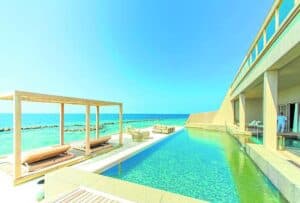 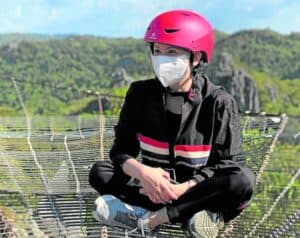